Fossil sells Their Smart Device Technology to Google for $40 Million 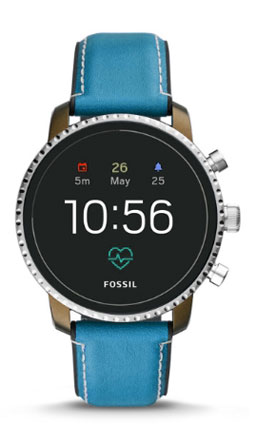 Google is about to go fancier with a brand new line of smartwatches designed by watchmakers and crafters extraordinaire Fossil. The multimedia juggernaut just bought the rights to all the smartwatch technology from the classic manufacturers in a transaction that is set to be closed in the first days of 2019. The deal includes a portion of the Fossil Group’s R&D team to support and transfer all the intellectual property owned by the manufacturer to END_OF_DOCUMENT_TOKEN_TO_BE_REPLACED

Cisco Company Confirmed to Have Been Hacked by the AwakenCybers

On Monday, the communication network major Cisco admitted that they had been hacked on July 28, 2022. The hackers gained access to an employee’s individual Gmail account, with passwords synchronized throughout their browser-based platforms.

A Cisco employee’s private email account was compromised, Cisco Talos reported, allowing hackers first access to the company’s VPN system. For example, “the user had allowed credential synchronization through Chrome Browser and had kept their Cisco login information in the browser, allowing those segments to sync to their Gmail account.”

Two Russian hackers admitted on court that they’ve used this software to break inside thousands of Instagram accounts in aim to blackmail an owners to give them in return for money. According to END_OF_DOCUMENT_TOKEN_TO_BE_REPLACED

We Choose To Go To The Moon

DTG: 18 November 2014 @ time irrelevant
BBC News reports that a British led consortium is looking for £500m in crowdfunding to set a robotic probe on the moon in ten years time.

__
See the differences above? 45 years ago men walked on the moon. Now the scientists are looking for donations to put a box on the moon. Yep, donations. Via KickStarter.

Will the mission go as well as END_OF_DOCUMENT_TOKEN_TO_BE_REPLACED

When the Social Media sites first launched (think MySpace rather than Facebook) they were considered kids and hipster hangouts.
Along came Facebook and social media became truly mainstream. Twitter? Well that’s just for geeks to talk about their latest geek hacks isn’t it?
No.

Whilst its popularity has never, ever, been in the same level as Facebook et al, the 140 character messaging service. Has been popular since the first days of text messaging. With the advent of smartphones twitter stuck with the 140 character limit and minimal/no advertising. This makes it much more END_OF_DOCUMENT_TOKEN_TO_BE_REPLACED

What surprised me this morning is reading an article at some portal saying a group of hackers used creative trick to hack thousands of Instagram accounts in like few weeks. 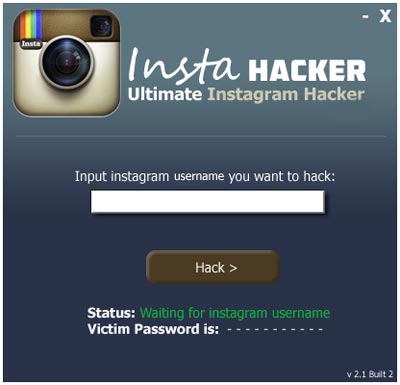 Now you might ask yourself how it can be possible with all of security systems which Instagram and Facebook (Company who owns it) invested into providing their servers safe. What they did is they created application with “brute-force” method to hack accounts called “Extreme Programming”. This method functions with system of attacking login page with all possible password combinations of various symbols, letters and numbers. It takes time until a true matching one is hit. But since this is done by software and not human, the process takes much less time to complete. It all depends of computers CPU’s process, so technicians assume those hackers own a END_OF_DOCUMENT_TOKEN_TO_BE_REPLACED

With the advent of the Smartphone there has, inevitably been an explosion of applications that can read the barcodes that you find on the packaging for almost any product that is on sale. Fantastic, but a limited and nerdy use for the individual unless you collect barcode details or want to check the online price for the Chicken Tikka Masala jar that you just emptied into the saucepan.

Well mucking around on the ‘nets the other day I came across a slightly different implementation of the barcode. It’s called a QR or Quick Reference code. Here’s one:

Looks strange huh?! This is actually a QR Code that was used in the film District 9.

To read these, obviously, you’ll need to have a QR Reader. If you want to go find one for your device I would suggest BeeTagg Pro (my preferred) or i-nigma. Both are available for iPhone (in the AppStore) and Android phones, I don’t know about Blackberry. Both the apps a free. I’ll go into more detail about these apps in a END_OF_DOCUMENT_TOKEN_TO_BE_REPLACED

YOU WON’T BELIEVE THIS! IT ACTUALLY WORKS!! 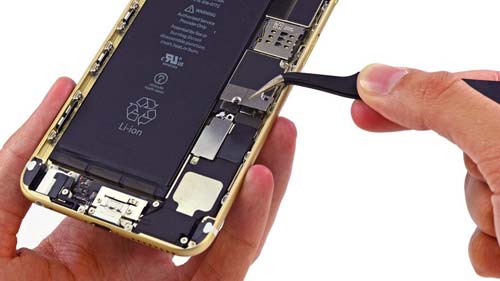 If, like me, your iPhone is getting a little older you may well be finding that battery life has become an issue. All those apps, background refreshing, using up your precious battery, using up available processor time and essentially killing you.

Well, I figured out how to fix the problem!

Before I tell you, let me explain a little further. I was finding that I would charge my phone over night, unplug it in the morning, go to work, do the usual stuff and by about 10am I would be at 60% battery. By lunchtime (midday ish) I was at 40%. At this point I would be panicking, would the phone last until I could get to END_OF_DOCUMENT_TOKEN_TO_BE_REPLACED